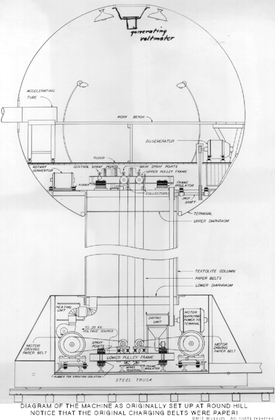 Isotone forges a collaboration of music and physics into a unique concert series.  The name "Isotone" is a double-entendre, referring on the one hand to like tones or musical pitches, while at the same time to a physics term for nuclides with the same number of neutrons.  The concerts will be primarily contemporary (avant-garde, 20th and 21st century), though they will include some pre-20th-century music.

1. A presentation of the unique sound properties of various instruments through demonstration and performance.

3. A work tied to a past physicist, typically through nationality, ethnicity, or inspiration.

4. A new composition honoring the same physicist.  Commissions will tie in to a specific physicist in a way to be determined by the composer.


Isotone is generously sponsored by:
-the Oak Ridge Civic Music Association
-the American Museum of Science and Energy
-Pulcir, Incorporated, a provider of health physics and medical physics instrumentation